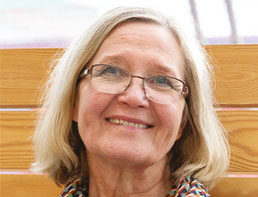 Kirsi Helinä Vähäkangas is a professor of toxicology (emerita) at the University of Eastern Finland (UEF) since 2000. Her research areas are developmental toxicity, especially fetal exposure, molecular mechanisms of chronic toxicity, especially aspects related to chemical carcinogenesis, as well as research ethics. Major grants include several from the Finnish Academy and three EU-projects: CHILDRENGENONETWORK (2003–2005, WP-leader); ReProTect (2006–2009, partner); and NewGeneris (2006–2011, partner). In the EU projects, human placental perfusion was the main contribution of the Vähäkangas group. Prof. Vähäkangas visited from 1982–1984 as a postdoctoral scientist and later in 1990–1991 and 2012–2013 as a visiting scientist at the National Cancer Institute, NIH, US (Laboratory of Human Carcinogenesis at NIH). During 2000–2018 she developed and directed the International Master’s Program in General Toxicology at UEF, the only existing academic degree program of toxicology in Finland. She was one of the founders and leader of the Finnish Graduate School in Toxicology (founded 2006) funded by the Finnish Academy (vice-director 2006–2008, director 2009–2011). Prof. Vähäkangas is a European Registered Toxicologist and has served twice (1998–1999, 2010–2013) as the President of the Finnish Society of Toxicology. She has also served in several expert committees and evaluation panels in toxicology and in research ethics.

This project has received funding from the European Union’s Horizon 2020 research and innovation programme under AURORA grant agreement No 964827.

Webdesign » SPRANQ
We use cookies on our website to give you the most relevant experience by remembering your preferences and repeat visits. By clicking “Accept All”, you consent to the use of ALL the cookies. However, you may visit "Cookie Settings" to provide a controlled consent.
Cookie SettingsAccept All
Manage consent

This website uses cookies to improve your experience while you navigate through the website. Out of these, the cookies that are categorized as necessary are stored on your browser as they are essential for the working of basic functionalities of the website. We also use third-party cookies that help us analyze and understand how you use this website. These cookies will be stored in your browser only with your consent. You also have the option to opt-out of these cookies. But opting out of some of these cookies may affect your browsing experience.
Functional

Analytical cookies are used to understand how visitors interact with the website. These cookies help provide information on metrics the number of visitors, bounce rate, traffic source, etc.